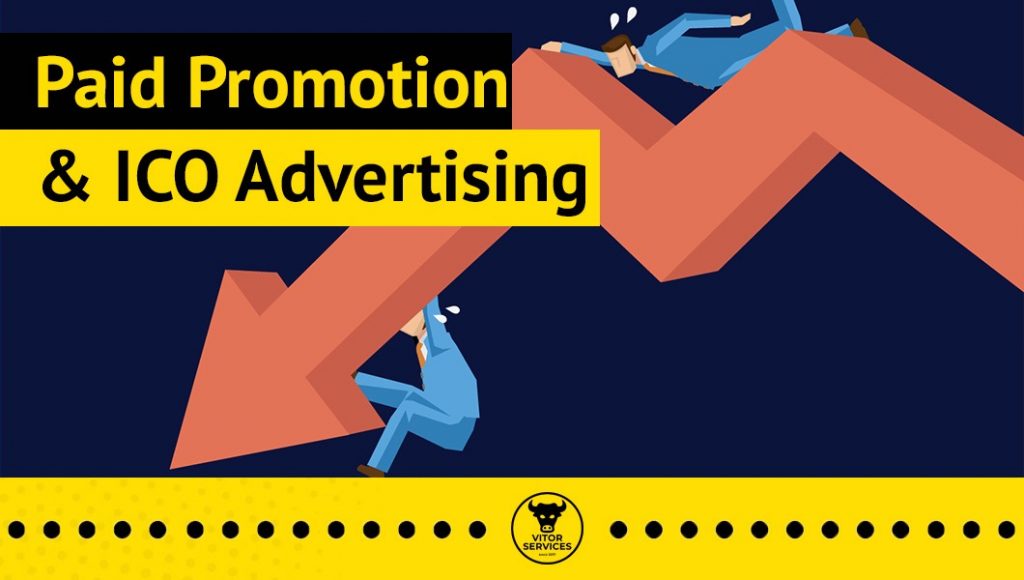 Marketing for an ICO has no set costs, however, as a business owner, you must think about the complete process involved and decide how much time will need to be invested in marketing on all the possible platforms.

On social media, promoting posts about an ICO project is a great way of increasing visibility. Paying for this type of promotion will feature your promoted post to a much larger audience than a post that isn’t promoted.

While you can get some great results from a relatively low budget, you must make sure that your content is engaging to entice your audience into visiting your website and making an investment at the ICO. Including a striking image or video is a good example of strong content that could be included in a promoted post.

Also, think about the audience you are trying to reach and relate this to what networks you should advertise on. (i.e. Reddit vs. Quora)

Some of the popular social media networks have banned ICO advertising. (Such as Google and Twitter)

An alternative to social media marketing is using Google Adwords. This is an advertising platform within Google that displays your advertisements at the top of search rankings, as display ads on other websites or as ads on YouTube videos.

Adwords can be costly in the long run, but by following a comprehensive inbound marketing plan, this type of advertisement will generate leads and traffic to your ICO.

Note: While ICO advertising is banned, you still may be able to advertise on the Google Ad network if you are careful about the language used. For example: ‘Invest in the best ICO’ may get penalised but a more solution driven title may pass guidelines, ‘How blockchain will disrupt X industry’.

Additionally to this, remarketing is a valuable tactic to bring back visitors to your site who did not complete the onboarding process.

It is important to note that in digital marketing, it is less common to charge for advertising as a flat fee. Advertising is much more effective when charged per impression or per click

Paid advertising shouldn’t be the cornerstone of ICO marketing. Instead, for complete ICO success, there needs to be a focus on all aspects of digital marketing.

Listed below are ad networks that specialise in cryptocurrency related sites

Many forums or ICO listing sites offer direct media buying, I recommend that you look for reviews before engaging with this method of advertising, as is the nature of this space.