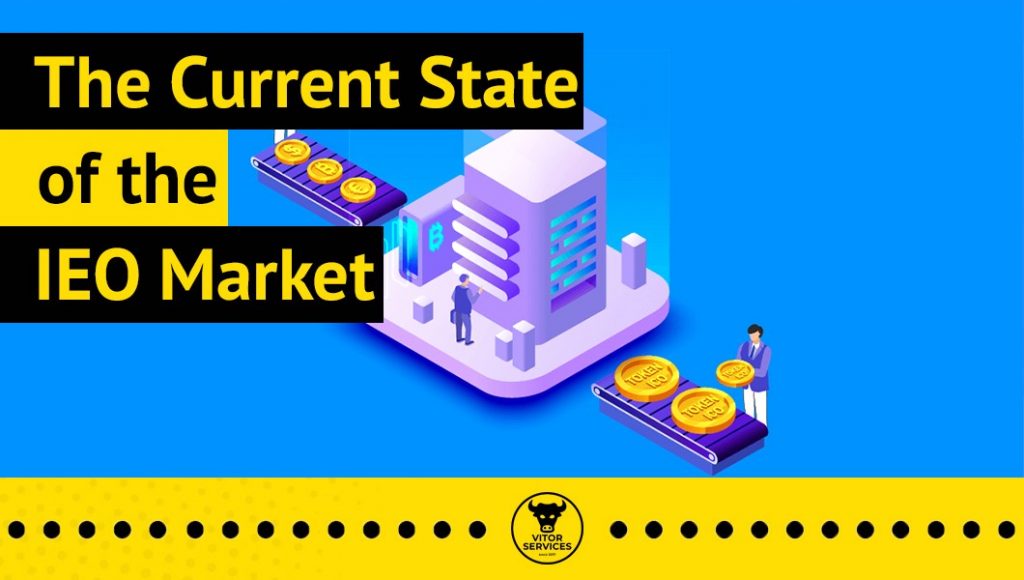 The Current State of the IEO Market

The Initial Exchange Offering (IEO) is a new approach to crypto-finance and crowdfunding. It has captured the imagination of crypto exchanges, blockchain projects and traders around the globe.

In this model the developers create the projects tokens and sends them to the exchange. Then the exchange provides crowdsale services including selling the tokens to individual contributors. It is the exchange that acts as the middleman between projects and investors.

In order to participate in an IEO you have to open an account on the exchange. Check what cryptocurrencies will be accepted during the
IEO and fund your account appropriately. Also be sure to find out exactly which exchanges are hosting the IEO. There can be more than one participating.

Now wait for the start of the IEO to purchase your tokens. Then when the IEO begins you buy the tokens directly from the exchange.

Is this more reliable than dealing with project developers directly?

GROWING POPULARITY
In 2019 there have already been 32 IEOs launched of the 47 listed on ICObench. The completed IEOs have raised over $159 million.

There have been some headline grabbing launches.

Binance Launchpad proves its possible to be successful with IEOs. In December 2017 GIFTO (GEO) was the very first project it launched. Described as The Universal Gifting Protocol, it reached its hard cap of $30 million on the first day. The project already had a working product. Uplive is a live streaming mobile application with over 20 million users, 60,000 content creators and generating $10 million in monthly revenue. Now the intent is to jump-start mass adoption.

Another recent example of IEO success is Percival (XPV) which launched on the Coineal Launchpad and raised $35 million. The project aims to revolutionize the mining market by reducing power consumption and delivering higher speed through its mining machine “Percival Mark 1”.

VeriBlock (VBK) tokens sold out in 10.4 seconds during their IEO on cryptocurrency exchange Bittrex International in early April. There were 855 buyers, out of which 142 people purchased the maximum allowed set at VBK 200,000 (USD 20,000).

Who cares about the token’s utility when there’s instant liquidity?

ADVANTAGES OF IEO
More difficult to scam contributors. Since the tokens can only be purchased directly from the exchange it is considerably more difficult to scam investors.
This is particularly of benefit for new investors and participants in the crypto space.
Deeper Vetting Process. Because the exchange is partnering and putting its name on the line there is a deeper level of scrutiny associated with the projects.
More potential users. The exchange taps its existing user base for contributions to the IEO. As a result there is a built in base for marketing, greater transparency and more freedom to invest by account holders.
Sentiment of a reliable banking system. The endorsement of the exchange provides a psychological sense of confidence to the investor. It is assumed the exchange has conducted its own due diligence on the project. Listing on the exchange is the next natural step.
Immediate Liquidity: IEOs have the benefit of providing immediate liquidity to any token or coin they promote. It is only natural for the coin to be listed by the exchange. This removes a major hurdle that faces most project teams before and after their crowdfunding campaigns.
Visit any Telegram group and the most often asked question is when and where will the token be listed?

MORE EXCHANGES WILL OFFER IEOs
We know the crypto space is full of copycats. So when other exchanges saw the early success of Binance Launchpad you could count the days until they provided a similar service.

There now seems to be a race by multiple exchanges as they attempt to build out a profitable niche by running IEOs. This includes but is not limited to the following:

What’s in it for the exchange?

The obvious financial benefit is the IEO or listing fees. In addition the excitement of IEOs can attract a new set of users and their deposits. This is particularly true if the blockchain project has a large and active community. Some percentage of these users will continue to use the exchange and there is a reduced acquisition cost for these new accounts.

DOWNSIDES AND RISKS
It has not been all praise and roses for IEOs. The FOMO (Fear of Missing Out) is high. Complaints include users losing large portions of their investments because tokens are dumped shortly after the offering.

Bots are another huge concern. These can be programmed to beat out human investors trying to participate. An exchange can alienate existing users who follow the rules only to be locked out in seconds.

Another criticism is the severely limited number of investors. It may only be whales and institutional investors that reap the benefits of participating in the potentially lucrative IEOs.

With the intense frenzy and hype around IEOs the demand can be exceedingly high on launch dates. The strain on resources leads to technical difficulties which can prevent people from being able to buy the desired coin before the close. The challenge for exchanges to handle the massive interest from users can negatively affect the reputation.

WHERE ARE WE NOW?
Currently the available data is small and the IEO history is short. While Veriblock listed on Bittrex yielded 32% ROI in the first hour — it tanked to -31% in less than 2-weeks. We do know the impact of over-blown hype and FOMO on the ICO market.

So are IEOs really just a re-branding ploy to separate investors from their monies? If whales, bots and a limited number of investors are the only participants they absorb the initial risk and loss. The retail investors will only come on after the coin is trading on the exchange.

The smart move is to wait and see how well the token performs once it is listed. We’re already seeing it is difficult for some of these tokens to sustain positive return on investment (ROI).

SUMMARY
Project teams hoping to partner with an exchange and conduct an IEO need to be well prepared. Beyond a whitepaper, do you have a solid business model? In addition what is the level of success for the off-chain project? This means having a well-designed app with an existing user base is a distinct advantage.

Community building is a key factor for any successful blockchain project. Having an active, large and engaged community helps attract more attention.

A good exchange brings an active audience that is already in a position to trade the token. Then the IEO can increase profit by making the
token available to pre-existing clients of the exchange.

The joint marketing between the IEO team and the project team has the potential to reduce overall marketing budget costs. Ideally the exchange uses
its existing range of marketing strategies and tactics for the benefit of the IEO.

Looking Forward
Expect the interest and number of IEOs to continue to grow. Existing exchanges are setting up a regular calendar of new launches.

More exchanges will continue to enter the fold attracted by the potential to grow users, increase profits and offer additional service for current investors.

The proof with IEOs as with most crypto offerings will be found in the real world and depends on if the business case can be executed.

Currently the stage is set for the IEO gold rush. Excited investors are looking to make a quick profit. willing to throw in money without understanding the fundamentals.

The IEO model is not for every project or every investor. There is no substitute for doing your own due diligence. I’ll be tracking the offerings and sharing more insight as the market continues to unfold.